These Strange Times. In the Back of My Mind. Affairs of the Heart. When the Sun Goes Down. When It Comes to Love. Down Endless Street. Welcome To The Room When I See You Again. That's All for Everyone. Sisters of the Moon.


That's Enough for Me. I Know I'm Not Wrong. Planets Of The Universe. Never Going Back Again. You Make Loving Fun. I Don't Want to Know. Heroes are Hard to Find.

Guardians of the Galaxy 2 Soundtrack

Come a Little Bit Closer. Did You Ever Love Me. Sunny Side of Heaven. Spare Me a Little of Your Love. Thoughts On a Grey Day. Woman of a Years. 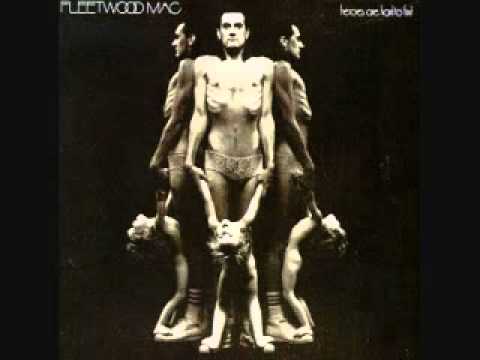 Although the Sun Is Shining. Searching for Madge. Before the Beginning. Need Your Love Tonight. Trying So Hard to Forget. My Heart Beat Like a Hammer. Hellhound On My Trail. Shake Your Moneymaker. Looking for Somebody. My Baby's Good to Me. I Loved Another Woman. Most helpful customer reviews on Amazon. Verified Purchase. The band was in need of a hit single and a few of the songs found here could have been a big seller with a little push from the record company. There are no heavy blues numbers or hard guitars found on this record and Christine and Bob had the tunes ready to go.

This is a very solid album of fine pop music. This is not far removed to the Buckingham-Nicks edition of Fleetwood Mac and it deserves a listen. Four Stars! But this aural "heaviness" adds a depth to the music that encapsulates his otherworldly vision more so than any other Mac album. That's not to say "HEROES" is all menace and no fun: the sly humor of "Silver Heels", the gentle coda "Safe Harbour", and the rollicking title track helps to alleviate the somber atmosphere while keeping an eye on the American pop charts.

It's unfortunate that this was to be Welch's last recording with the group, but he does go out on a high note by showcasing the full range of his songwriting capabilities. No matter it it's country-tinged rock "Silver Heels" , melodic pop "She's Changing Me" , heavy metal "Angel" , excursions into the supernatural "Bermuda Triangle" and the haunting "Coming Home" in which he apes Jimi Hendrix a la "Third Stone From The Sun" - a move that makes it my favorite track , or a stab at soulful jazz the superb musical interplay on "Born Enchanter" : almost everything he does works extremely well in the atmospheric context of this LP.

Even Christine McVie's composing seems to be infected with Welch's mysterioso sensibilities: as the cool textures of "Prove Your Love"; the dark, pounding venom of "Bad Loser"; and the sweeping "Come A Little Bit Closer" the latter sounding a bit like a Jim Steinman composition without all of Steinman's overblown lyrical pomposities are of a piece with Welch's cryptic musings.

And even though it did make the Top Forty album chart: it's a downright shame that "Come A Little Bit Closer", "Angel", and the title track weren't hit singles. But perhaps sure-fire success wouldn't have prompted Bob Welch to quit, and thus the future potential of guitarist Lindsey Buckingham and vocalist Stevie Nicks may have never been fully realized.

Although a lesser known album, I always liked Bob Welch with this group and this represents this lineup's crowning achievement with great songs, and crisp musicianship. I recall reading at the time of release that Stevie had trouble with the vocal range required of Bob Welch's compositions, leading in part to his departure.

OK, that is just a rhetorical question. Even when all the early guitar godz had decamped, I still championed FM as the little band the could, should, and one day would be coming to a venue near you. The collection of songs is strong, and in the case of the title song, it is a personal earworm.


Yes, since I first heard it in the early 's. Even before Mr. I thought it was a hit, even if radio did not have a place for it. The rest of the selections all have there charms, some more than others. On the whole, this recording is a solid 3. So I feel justified giving this recording a hearty recommendation.